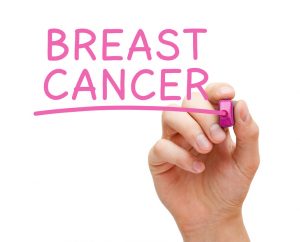 When breast cancer has been diagnosed, your doctor will provide you with a prognosis of your chances of overcoming this unfortunate disease. There are several different stages of cancer, all of which vary in severity. Doctors determine your prognosis by which stage of cancer you have and whether or not it has metastasized.

In addition to regular mammograms, it is important for women who know they have a family history of breast cancer to lead healthy lifestyles and take a prevention drug known as tamoxifen. This drug has shown to cut the risk of women who carry a breast cancer gene from getting this disease by up to 50-percent. In order to be eligible to take tamoxifen, you must be 35 years or older and have shown you have a high risk of getting breast cancer.

Studies have also shown that estrogen is a key factor in promoting the growth of breath cancer, therefore, doctors recommend using less estrogen. The emphasis of adhering to recommendations and screenings from your doctor can make a world of difference, especially for women who have a high risk of breast cancer. Early detection is a critical factor in your prognosis so it is imperative to do what you can to keep up with mammograms and other screenings. It is also valuable to get tested to see if you have a gene that makes you at a greater risk of getting breast cancer.

Typically, when someone is diagnosed with breast cancer, they will have to undergo surgery of some sort, depending on the stage of cancer that they have. These surgeries can include a lumpectomy, partial or full mastectomy, lymph node removal or a lymph node biopsy. Surgeries for cancer are generally combined with radiation therapy, brachytherapy, or chemotherapy.

Due to advanced treatments and early detection, the rates of women living with and overcoming breast cancer are higher than ever. Many women who do survive breast cancer carry the concern that it will return in the future. Therefore, it is vital to be in regular contact with your doctor to detect any potential signs that it has returned.

The American Cancer Society encourages women to get a mammogram every year from the time they are 40 years old. Between the ages of 20 and 39, mammograms should occur every three years. This is especially important if you know that you are at high risk of getting breast cancer so it can be detected as early as possible.

If your doctor fails to diagnose your breast cancer, you may be at serious risk depending on how far along it has advanced. There have been cases in which a doctor fails to order a biopsy or misreads a mammogram. Misreading a mammogram is one of the major reasons a doctor can fail to diagnose a person. These tests generally only happen annually and if your doctor fails to pick up on a discrepancy that could be breast cancer, the cancer may spread over the next year throughout the body. It is also important to know that nearly 15-percent of cancers will not show up on a mammogram and therefore it could aggressively spread without your knowledge.