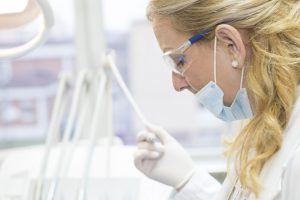 Unfortunately, despite its decline, breast cancer has been and continues to be the second leading cause of cancer death in women (the most common is lung cancer). The American Cancer Society and The National Cancer Institute estimate that over 230,000 women will be diagnosed with breast cancer in the United States and over 40,000 will die from the disease. In New Jersey, there are over 6000 new cases of breast cancer expected. Receiving the diagnosis of breast cancer is traumatic. Learning that it should have been found sooner is even more devastating. If you need an effective and passionate attorney to fight for you when facing a negligent medical professional, contact Tomes Law Firm, PC. for a consultation today.

The major reason for a delay in diagnosis is a misreading on a mammogram. Another reason is a patient is often reassured by their physician that the lump they felt was nothing to worry about.  Sometimes redness of the breast even with a lump can be misinterpreted as a bruise. The fact is, nobody can tell whether a lump is cancer or not just by feeling it, and further workup is necessary. A third reason is when a mammogram is negative, despite a lump some women have been told that no further follow-up is required. However, fifteen percent of cancers do not show up on a mammogram, and any lump should be evaluated further. Any of these scenarios is malpractice. Since mammograms are generally a yearly screening test, the delay between when it should have been diagnosed and is diagnosed is often more than a year. This delay allows cancer to grow in the breast and even spread to other parts of the body decreasing the success in treating cancer, requiring more aggressive therapy and an increased risk of death.

Advances in screening mammography have led to earlier detection of breast cancer and the greater chances for survival among women diagnosed. A screening mammogram is an X-ray of the breast of an asymptomatic woman, designed to detect breast cancer before it becomes clinically detectable. A diagnostic mammogram is an X-ray performed on a patient who already has signs or symptoms of breast disease or who has had a possible abnormality detected on a screening mammogram. These tests have helped save the lives of countless women. Despite the positive impact these advances have had, mistakes still occur. Typically, the plaintiff in a case arising from a misread mammogram is someone who was recently diagnosed with breast cancer, even though she had not been alerted to any suspicious findings on previous yearly screenings.

Since the mammogram is generally a yearly screening test, the delay between when cancer should have been diagnosed and when it was actually diagnosed is usually more than 12 months.  This delay can allow cancer to grow in the breast and perhaps spread, either locally (to adjacent lymph nodes under the arm) or to other areas (to the bones, lung, or brain).  The chances of successfully treating breast cancer generally are tied to the extent and location of the disease at the time of the diagnosis.

CAD highlights suspicious areas- such as microcalcifications (build-ups of calcium) or a spiky or ill-defined mass- which alerts the radiologist to reevaluate those areas before issuing a report.  Since the FDA approved the first CAD system in 1998, many different models have been approved, and more and more medical professionals have embraced the technology.

As CAD becomes increasingly prevalent as a diagnostic tool, lawyers must educate themselves about the technology, so they understand how the interpreting radiologist examined film.  Re-creating the radiologist’s analysis of the film in court, highlighting the suspicious areas that the computer flagged, and then explaining to a jury that the radiologists dismissed them is extremely compelling.  But you cannot communicate this information unless you understand it.

Always bear in mind that the key factor in interpreting mammograms is to look for changes in the suspicious area from earlier films- to see if there have been any changes over time and whether the changes are calcifications, nodules, or masses.

Tomes Law Firm, PC have been a legal resource for the people of New Jersey for over 30 years. Our attorneys know what it takes to prove medical malpractice and to effectively represent clients who have been impacted by negligent doctors. When a client’s doctor fails to diagnose breast cancer, the results can be devastating. If you need to consider your legal options because of a failure to diagnose breast cancer, contact Tomes Law Firm, PC, P.C. for a consultation today.