What is Xarelto used for? 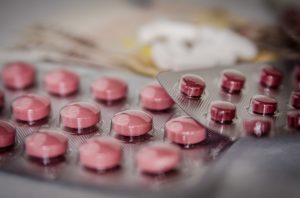 Xarelto is a pharmaceutical drug manufactured by Bayer and Johnson & Johnson to reduce the risk of stroke and blood clots in people with atrial fibrillation. Xarelto was developed to replace Warfarin (Coumadin) which can be reversed with Vitamin K. The downside to Warfarin was that it requires close monitoring of dosage and diet, whereas Xarelto does not.  Xarelto is a once a day medication. It is also used to treat deep vein thrombosis, pulmonary embolism and helps reduce the risk of these conditions occurring again. Lastly, it is used to reduce the risk of forming a blood clot in the legs and lungs of people who have just had knee or hip replacement surgery. As a prescription medicine, Xarelto actually increases the risk of internal hemorrhaging, brain bleeding, gastrointestinal bleeding, excessive/uncontrollable/irreversible bleeding, heart attack, stroke, pulmonary embolism, and blood clots.

The crux of the problem is that when a bleed occurs, warfarin can be reversed with Vitamin K.  There is no reversal agent or antidote for Xarelto. Furthermore, stopping Xarelto abruptly can also result in stroke.Within the first two years of its use, Xarelto has had over $2 billion in sales, with over 1 million prescriptions written. Experts fear that the number of individuals who are injured by this drug will exceed several thousand. If you believe that your side effects are associated with Xarelto, please contact our firm to discuss your legal rights and options.

What other risk factors and side effects are associated with Xarelto?

Several hundred lawsuits have been filed against Bayer and Johnson & Johnson for these serious injuries and deaths.  The federal litigation is presently being handled by Judge Fallon in the Eastern District of Louisiana. The Federal Multidistrict Litigation began in December 2014.  During that year, Bayer and J&J grossed over $3.7 billion in sales of Xarelto. As of March, there were 15, 611 claims pending. The first trial is scheduled for April 24, 2017. The second trial is set for May 30, 2017.

Tomes Law Firm, PC has provided excellent legal representation for people who have felt the negative effects of Xarelto. If you have been harmed by this drug, you may have a claim against Bayer and Johnson & Johnson. This provides you with the possibility of recovering funds for medical expenses, pain and suffering, negligence of the pharmaceutical companies and lost wages. Contact our firm to discuss your legal needs.