What is Zofran used for? 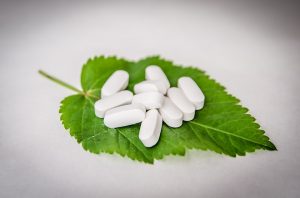 Zofran, a drug manufactured by Galaxo Smith Kline, was used originally to treat nausea and vomiting in cancer patients undergoing chemotherapy, but was later given to pregnant women experiencing morning sickness.  Unfortunately, the avoidance of morning sickness came at a huge price.

Based upon a study performed by Denmark researchers, as well as other medical research, Zofran causes a 30% increase in the risk of birth defects and a 50% risk of heart defects   in children. In as early as 2006, a study from Hong Kong showed that Zofran crosses the human placenta and was detected in fetal tissue.

Some of the injuries associated with Zofran use during pregnancy are:

Over 200 Zofran lawsuits have been filed on behalf of babies that were born with birth defects.  A Multi District Litigation has been set up in Massachusetts to manage the cases, although several are filed in other places as well. In 2012, the FDA issued a recall of the 32 mg dosage of Zofran after a $3 billion settlement was paid to the United States Department of Justice.  In the settlement, Galaxo Smith Kline plead guilty to promoting Zofran for off-label use such as morning sickness and providing kick-backs to doctors for prescribing the drug. It was reported that in July 2015, the FDA received nearly 500 reports of birth defects that were related to the use of Zofran in expecting mothers.

Tomes Law Firm, PC is proud to represent clients in New Jersey who have experienced the negative effects of injuries related to pharmaceutical drugs. You may be entitled to receive compensation for you or your child’s injuries or birth defects if you took Zofran for morning sickness throughout the course of your pregnancy.